Magically, Frederik brought the over/under concept to Nodebox (using the pathfinder features). Can’t say I understand the whole math/code mechanism (at least yet), but it definitely looks like a fascinating tool for creating patterns. Just repeating a single form (like a circle) with loops or a grid produces interesting fabric-like patterns.

The intersections are not handled as literally as I thought: sometimes a single path goes two (or more) times over or two times under. The problem, as Frederik explained it, is that the “connecting” of individual forms is done before the whole “fabric” is finished, so the ideal over/under structure cannot be predicted. I’m not sure if I should care about this or not. 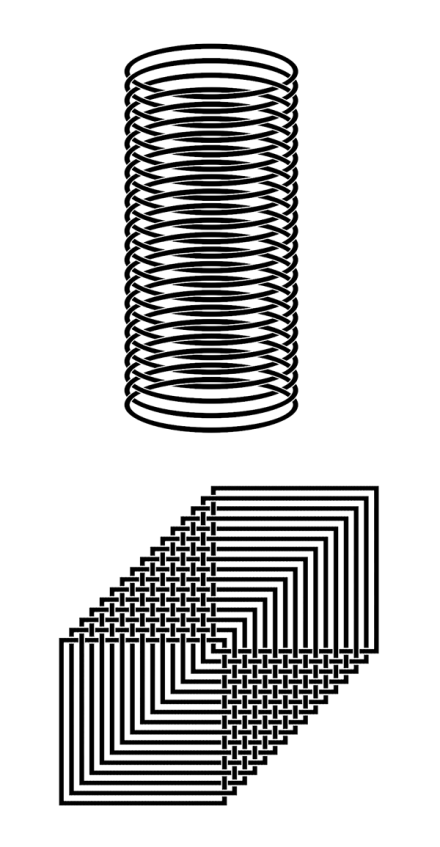