An imported svg path (figure “8”) is used alongside the standard geometric shapes in Nodebox. The import process is a some kind of hack, which makes the whole thing a bit inflexible (=no stroke thickness change) and cumbersome (=preparation of the modules) to use. The interwoven effect works best with simple arrangements. If the amount of individual forms gets too large, certain spots start clogging up and the effect gets lost. I think the ideal solution for this “problem” would be to make the script push intersections away from eachother (if there are too many at one place), thus keeping the density of the fabric as constant as possible.

I was thinking of using these kind of forms (the image above) as elements for decorative borders for books or something like that (placed manually I guess). Modules out of modules. 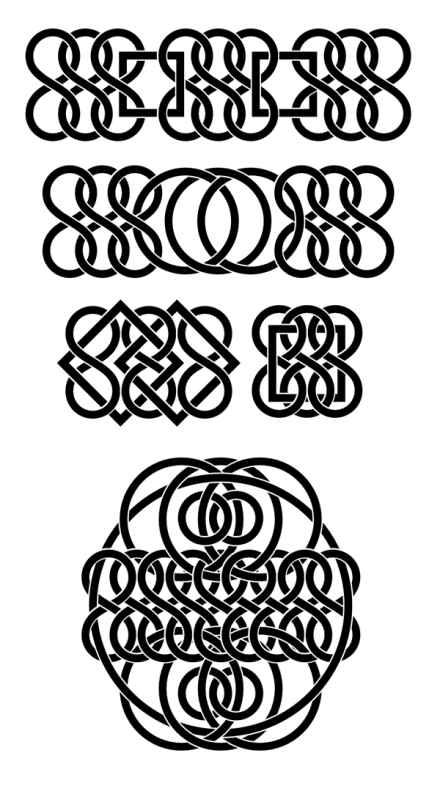