Circles on a svg path. I thought about making frames this way, but I’m not there yet. The results get a bit unpredictable when the svg’s are more complicated. Lately, I’ve kept changing my mind about how the weaving mechanism should work. Should Nodebox output full frame compositions or just singular elements to be combined manually? The former feels a bit too uncontrollable & complex, the latter a bit boring. What’s the most reasonable thing for Nodebox to do? Maybe the arrangement of modules (or groups of modules) needs different rules. The mirroring idea was something that didn’t materialize yet. Another thing that could make this concept (of book ornamentation) more “generative” would be to limit the amount of intersections at one place: pushing the intersections away from eachother (as mentioned in the previous post). I was pleased to introduce at least some interaction with the modules, but maybe there should have been more of it. 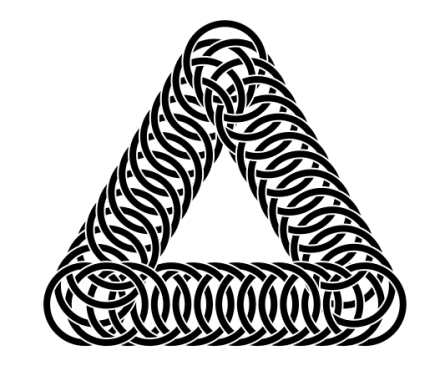