After the whole night without sleep in the classroom and injecting coffee directly into our veins, we finally finish our visual exceeding expectations!

The initial idea was to see the differences in the composition of ethnic identities by provinces and main cities. Because of the complexity of our data, we had to exclude the cities but the final concept is as clear as it gets: the total amount of people identifying themselves into different countries connected to the 13 provinces of Canada.

Canadians taking into account in the census could choose different origins countries at the same time, giving that they could have different ethnic ancestors. The total number of people from a given country determine the total of all this answers, this amount is much bigger than the total population in Canada. That’s where our main problem was at the time of making relations from one amount into the other. For a better data visualization we took into account only the first 100 countries/ethnics containing the most answers, we eliminated the cities and the total population to simplify all the data and just look into one dimension (ethnics > provinces).

Each Province ends up having a chain code formed by all the ethnic countries converted into proportional squares. The chain resembles to a genetic code which match perfectly with our subject!

Our visual perfectly meets our objective: showing the principal dominants ethnics in Canada and the different ethnic compositions of each province. It exists a clear dominance of the following ethnics: English, French, Scottish and Irish, but it’s interesting to see that not all provinces are composed with those same dominants.

We have passed a really intense week and the balance is more than positive: we’ve learned a lot from Nodebox, how to treat data properly, to understand the code in a much easier way. We also learned that the process can be hard with a small time frame, but with a good plan and hard work we can achieve great things!

We passed through all emotions this week: stress, excitement, frustration and at the end a huge sense of accomplishment. All that we’ve learned will surely be useful in the future! Thanks a lot Frederik and Donato for all your help and understanding, you saved our lives a couple of times! :) 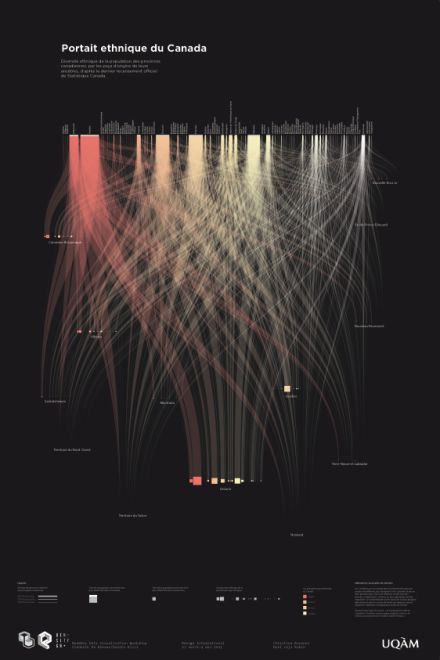 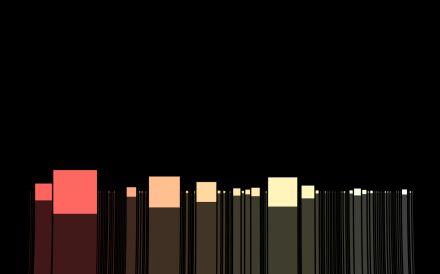 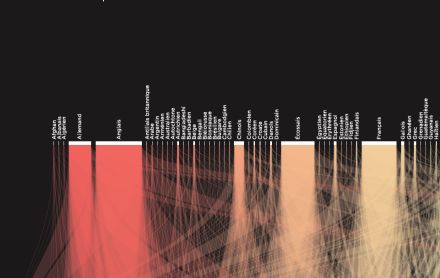