For this masterclass I started with the question: Am I more or less productive during my menstruation? By installing Rescue Time, it became possible to receive data about my productivity on my computer. Rescue Time tracks which software applications I use, which websites I visit and the amount of time I’m spending on them. Rescue Time also gives you a productivity score by day. I combined these data with the dates on which I have my period.

Under the data visualization you can find an explanation of its main components. As you can notice, the yellow part is smaller than the blue part. The former is based on the average score I had during my menstruation (10.7), the latter constitutes the remainder of days (11.5).

In interpreting the data, it appears that I am less productive during my menstruation, but the difference is negligible. 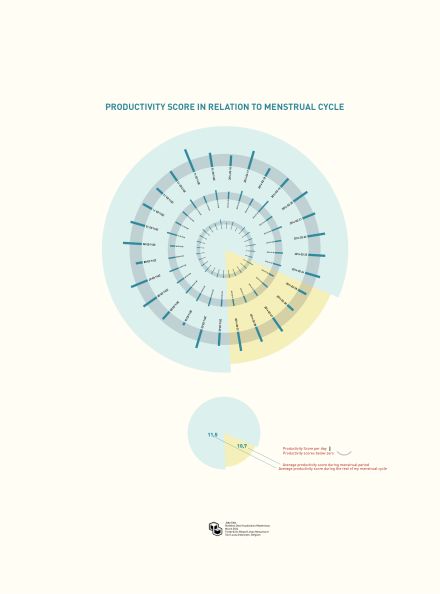