By now You have probably seen a polygonal image. Fancy stuff. Well how hard can it be to triangulate an image? Surely there is some photoshop trick! But there is none. Zero, nada, null. The whole process is- although not hard- repetitive, time consuming and to be frank- quiet boring. (my nose bleeds even after watching the tutorial at double speed)

So behold, because for the next few days of workshops I’ll try my best to automate the process, to the point where You would be able to load any image to nodebox and let him do some harcore-deep-dark-magic stuff and surprise You with an eyecandy low poly image. Hurray!

I’ll also try to add a feature that would let You control the size of polys.

So! First things first. I have to get familiar with all nodes needed for the project. Right now I have three ideas for getting nodebox to do what I want, so I need to find out which would actually work and from those which are most efficient. The only way to do that is by trying, so not to elaborate, lets get things done! 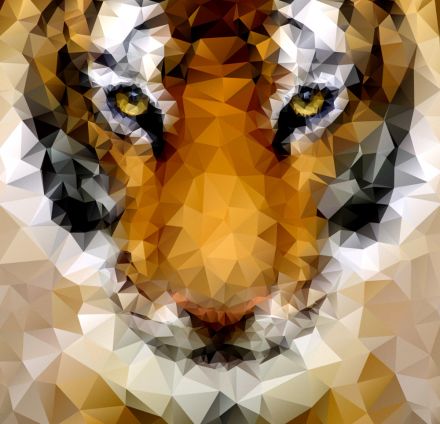